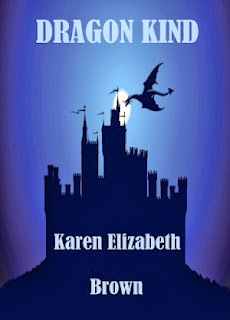 Dragon Kind
When Marsilynda Weston’s grandfather dies, he leaves her a magic sword that sends her through a time portal, on a quest to kill a dragon. Plus, he requests that his associate, Richard Carnes, become her protector. But what happens next is a total surprise when the dragons turn out to be her friends and the nearby king and his knights her enemies. Will Marsilynda accept Richard, who she thinks will foul up her quest? Will she return with Richard through the time portal or will she stay with the dragons and fight their enemies?
Richard decides he can’t allow Marsilynda to be stranded on the other side of the portal, so he races after her, only to find that she has bonded with a dragon. What does that mean? Will she ever come home? He has to find a way to convince her that she needs to return to the modern world. But he is captured by a forest gnome who takes him on his own quest to release a dragon from captivity, after being held by the king. Will he succeed in earning his own freedom? Or is it all a ruse?