To Kill or Not To Kill? 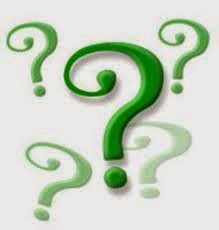 I'm just now finishing the last installment of the Dragon Stone Trilogy, Dragon's Fury and I find myself in a predicament with the antagonist who has been continually causing havoc throughout all three books. It was suggested to me that it would be too easy to just kill him off and I should consider other options for his demise.

One suggestion was to make him a servant to those whom he had caused the most trouble to. But that seemed a little trite and not the most effective way to show his punishment. Would he feel remorse because he had to serve his enemies? I doubt it. He needs to experience fear, which was something he never did feel all through the trilogy. Being arrogant and hateful, he never expected to lose.

Perhaps it will end in a face down with the dragons who are crying out for revenge. They desire that he face the Crown of Mar and stand before the Queen to receive his sentence. But would it be a cop out to have him escape? After three installments, I think everyone is ready to see him get his due.

To find out what happens to the evil sorcerer in Dragon's Fury, you'll have to wait until September 1st when it will be available on Smashwords and Amazon. Be prepared for a twist in his fate and not just a straight execution.

Somewhere in another timeline, Sebastian escaped from Kai, a magnificent dragon whose lifetime spans longer than most. Now Kai is trapped in the Valley of the Dragons after Sebastian set his magical barrier on top of its mountains. Kai roars fire and thrashes his wings against Sebastian’s devious spell. The seers proclaim that another young dragon and its rider will soon come to break the spell and release Kai from his imprisonment. He will finally be free! But Kai will not rest until Sebastian pays for his treacherous crimes against the entire kingdom. And so he waits until the day of reckoning; the day Sebastian will stand before the Crown of Mar. 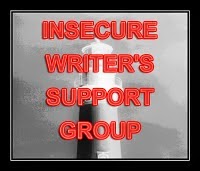 Today is the first Wednesday of the month which means the Insecure Writer's Support Group convenes. Our host is Alex J. Cavanaugh (along with a few others) and the main web page can be found HERE.

I want to talk about something close to my heart right now. It's remembering to tell those around you that you care about them. Saying those fleeting thoughts of kindness may make all the difference in the world to a person who is feeling down or insecure.

On a personal note, my daughter Heather is in the hospital, in ICU and has been there for six days. Although she is finally getting better, there was a couple of days when she was critical and we didn't know which way she would go. I thought of all those things I wanted to say to her. How her life could be enriched with those words. Would I get the chance? Fortunately, I will. But it took this kind of disaster to make me remember that we must voice our feelings to family and friends.

I hope you are remembering to tell your friends that they are cared about and are special. If you haven't done so today, pick out someone and remember to encourage them.