How do you express emotion in your writing? I read a story recently that had me in tears by the end of the book and I wondered if I could bring a reader to that kind of emotion. After exploring my own brand of writing, I decided to try something different. I've been able to show anger in a character and elicit a strong reaction, but in this next story I'm looking to show sadness and grief.

By exploring my own emotions, I discovered that I had to reach deep down inside where I've buried my own grief. I tend to become stoic when tragedy happens, perhaps because as a nurse I had to maintain an emotional distance. When my own mother died, I remember having to listen for her heartbeat and not hearing it. I wanted to cry, but there were things that had to be done. I sat there afterwards, in a state of shock, wishing I could have joined in with my family. Wishing I could cry. At her memorial service, I listened to all the wonderful things that people said, but I couldn't add to them. I loved my mother very much, mind you, but it seemed all my emotions were hidden behind a veil.

Today I can feel those emotions as strong as the day it happened. I consider myself lucky. Why? Because with those emotions not only can I use them in my writing, but I can remember the wonderful woman who was my mother.

What are your strong qualities in showing emotion in your writing? Can you write a story that will make your reader cry? What's your secret? 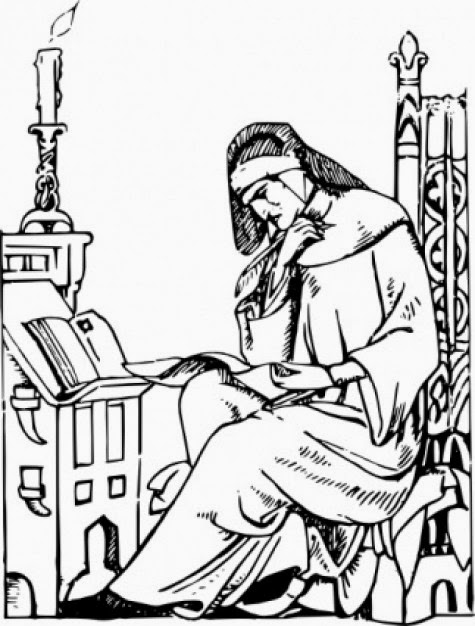 Penned by Karen Elizabeth Brown at 11:12 AM 4 comments:

How Do You Begin Your Story?

I was in a discussion recently, about how to begin a story. It was suggested that all information should be put in the beginning to give the rest of the story credibility. I said, however, that in order to create suspense and tension, it might be better to hold back and let some of the facts be put in later.

What is your idea about beginning a story? Do you like to jump in right in the middle of a scene? Or do you create the scene with backstory? I am sure that there are many different ideas. It also depends on the type of story. A mystery needs to have the backstory left to the middle or end so the reader has something left to the imagination. A sci/fi thriller needs suspense at the beginning and so on.

However you begin your story, you need to add the important elements: character, conflict and a credible plot.

character- a definite personality, with individual emotions that is shown her actions, thoughts and reactions.

conflict- from the very first sentence the story is set up with expectations of change, which is the catalyst for conflict. The project or story is fraught with pitfalls and turmoil that cause the reader to see the conflict.

credible plot- a believable idea that will be shown in description to be the basis for your story line. Does the reader believe what you are writing to be real? Even in sci/fi your created world needs to be believable.

However you begin your story, make sure you give your readers a hook that will keep them turning the pages. Do you put hooks in your story? I like to add them at the end of my chapters also. But this is about beginnings, so we'll stick to that. Make sure to create prose that is exciting and fun.

Did I leave anything out? Let me know if you have other ideas.
Penned by Karen Elizabeth Brown at 6:06 PM No comments: 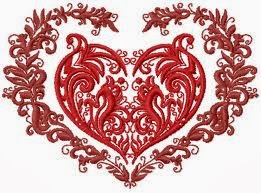 February 14th has been celebrated as that special lover's holiday for many years. Some believe in roses and chocolates, while others sing to celebrate their love. There are many tales of how this holiday got started, but I'm not going to bore you with a history lesson.

I want to remind you to take just a few moments on Friday to give a little bit of love to someone else. If you don't have a spouse, try spending a few moments with a friend or neighbor and share from your heart. Open up and let someone see inside you. What you'll find out is that by giving, you get back many times over.

I like to write about characters who experience love in their lives and have changes in their lives because of that love. Do you create characters that are lovers as well as friends? How do you show their love? Their first kiss and the first time they say I love you? However you portray love between two people, make it fresh, even if they are sixty years old. Love is from the soul where smiles and laughter dwell and when we share this part of us, we become young again.

Happy Valentines Day and may you experience love today! 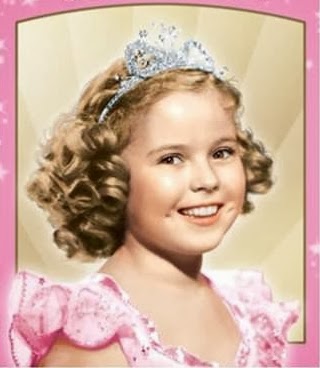 Shirley Temple Black died Monday night in her Northern California home. She was the most famous child actress in the United States during the depression era and her movies are still favorites to many. Her singing and dancing inspired me when I was growing up. Although I didn't turn into a dancer, she helped launch my music career.

Shirley Temple Black retired from Hollywood around age twenty and later she became a diplomat in the 1960's. She was known for her breast cancer advocacy after having a mastectomy. With her help, women were encouraged to not be afraid and speak up about women's health.

Ms. Black served as a diplomat to Czechoslovakia and Ghana during the cold war. She was considered to be an amazing diplomat who believed that women should have a voice in politics. She was married for 50 years and was a beloved mother and grandmother.

Do you have any memories of Shirley Temple? I remember watching her movies all through my life. They were uplifting and inspiring whenever I watched them. Although I grew up in Los Angeles, I never saw her in person.

Ask questions to find your story. 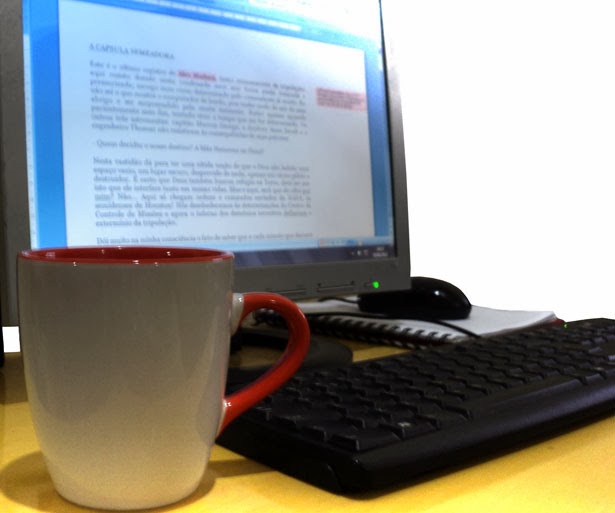 Do you remember those famous reporter's questions? Who, what, when, why and how? They are just as important when you begin framing your story. They are the building blocks of a good beginning and will carry throughout your entire story.

I'm taking it a little further with my next story, I'm going to put each component on a story board. That can be anything from a bulletin board that's separated into chapters, to your outline in a ring binder. I prefer the ring binder because of limited space. I can move ideas around, plus I use sticky notes to add other ideas to each component.

Along with the original questions, I like to add other questions about each component. Who was he? Why did I choose him? Will he be the best character for this story? What is his physical and psychological makeup? How does he best serve the other characters in the story? The list of questions is as endless as your imagination.

By building a story board or outline, I get a full sense of the story before writing a single word. It takes a little bit of work, but when I'm finished, I can write without distraction. (I should have done this on my last story that had me so stuck!)

Ever give up a good writing concept for fear that someone else has already done it?
Penned by Karen Elizabeth Brown at 12:49 PM 2 comments: 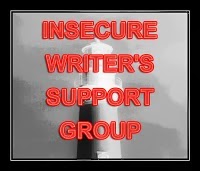 This is the monthly blog hop hosted by Alex J. Cavanaugh. You can get to the blog by clicking HERE. We meet on the first Wednesday of the month and exchange our fears, insecurities and anything else that will help each other grow as writers.

Recently I've been struggling with my latest novel, which is the third book in a trilogy. I've finally made some headway after realizing that I've lost the characters in the plot. It took a fellow blogger to point this out and I appreciated their honesty with me. By sharing their own mistakes with me, I've grown as a writer and have a fresh idea for my story.

It's important for fellow writers to continue to band together so we become a strong body of writers. I'm grateful for those of you who stop by and leave a comment on my blog. Even if it's just a hello, I am reminded that you are out there and I'm not alone.

I'm excited and ready to go work on my book, thanks to fellow writers in this community. Enjoy your own writing and remember to leave a comment if you are so inclined.

Question: Which is more important - character or plot?
Penned by Karen Elizabeth Brown at 1:20 PM 11 comments:

What Are You Looking For? 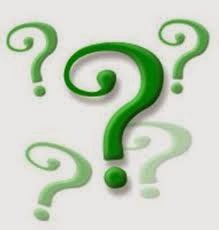 My question today is: How have you given purpose to your writing? I'm not talking about a heady, philosophical discussion about your inner being, I'm talking about the drive behind your story. What makes it tick? How do you get your protagonist from point A to point B without muddying the water with extraneous details?

I have been pushing myself to finish a story that continues to baffle me. It still seems like I'm writing in a box and can't find the exit point. I took some time off from the story and finally laid it down for a few months. Now I'm trying to pick it up with fresh eyes. But even after all that, I'm still struggling. Perhaps now it's time to tear the manuscript up and do a complete overhaul on the story.

Has anyone of you had this kind of problem? I'm curious to know if this is just me tearing my hair out over this manuscript and no one has ever had to go through this before, or are we in this together? I feel that writers have a kinship with other writers and any insight would be helpful.