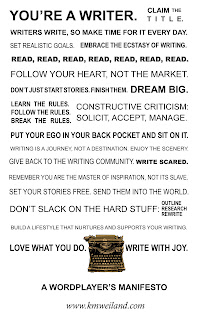 I recently came upon Lena Sledge's Blog and wanted to share part of her Monday, December 12, 2011 post with you. You might be as fascinated as I was!


Here Are Some Interesting Facts About Authors:

Now that I have my outline to The Puzzle Box finished, I'm beginning to fill in the details of the chapters. It has been an exciting adventure to write a book this way. Now I'd like to share a portion of the text from chapter one. I hope you enjoy it. By the way... I didn't start at the beginning.


Excerpt from: The Puzzle Box

Ari found the well before Julian finished climbing over the broken-down stone wall at the edge of the ruins. He pulled off the cover and stared down into the hole.
“I’m not going down there, no matter how much the Hermit wants to pay me.”
“Why don’t you check over by the ruins of that house, while I see if there’s anything in here.” Julian smiled as he lowered himself into the dry well. “It still looks damp around the edges. I might find something.”
Ari didn’t answer because he was busy digging around in the ruins of a house near the well. He found a few Saint John’s Wort, but before he was leaving, he slipped on some loose stones and went crashing through the rotted floorboards. Beneath was a cellar that hadn’t been touched in decades. Ari could smell the dank mold and sneezed from the unsettled dust. He crawled up from the ground and began searching around in the dim light.
Ari stopped. A faint humming from under a pile of rocks caught his attention. He poked at the mound with a broken stick. When nothing jumped out at him and he knew it was safe, he removed the stones, one by one. Soon Ari was staring at the source of the humming. A dusty box sat among the stones and debris, its curious hum drawing him closer. He reached out and gingerly touched its edge. Dust and dirt fell away at his touch, and Ari could see part of a white tiled square. He licked his finger and dusted off another place and saw part of a red square, with filigree designs on it. Finally, he started to pick up the entire box, when a noise from behind startled him. He dropped the box and jumped back. Whipping around, he glared, breathless.
“Julian! Geez! You scared me!”
“Sorry. I thought you got hurt when you fell in.”
Ari turned around to face the box. “Naw, but I found something.”
“What is it?” Julian tried to see around Ari, but because it was so dim, he had to step up next to him.
Ari bent down and picked up the box, holding it in a protective cradle. At the same time, Julian reached out to touch it, but Ari pulled away.
“No!”
“I want to see it, too!”
“Let’s go out in the light so we can get a better look at it,” Ari turned his back on Julian, looking for a way out of the cellar.
Julian walked towards the wall and bumped into a stone staircase. “Over here!”
They climbed up the set of stone steps that ran up one wall and out of the old cellar, into the bright sunlight. Both young men squinted and shaded their eyes, trying to get a better look at Ari’s find. Ari sat on the edge of the broken stone wall and held the box in front of him. He let Julian pull off chunks of mud from the corners. After dusting off the dirt and gravel bits from the box, they saw it was made up of square tiles, decorated in delicate designs. Each side had a different color dragon on one tile, a cloaked man with a sword on another, and a robed magician on a third. The rest of the tiles were designs and odd writing. Ari and Julian shook their heads at each other, neither one knowing what they were looking at.
“Maybe we should try to open it,” Julian suggested.
Ari shook his head back and forth. “No. Let’s take it to the Hermit. He knows about the history of this place. Maybe he can tell us what it is.”

Outlining Your Next Novel

I'm raising my head from working on my new book, which is still in the outlining stage, so I can tell you about an excellent book on outlining. K. M. Weiland, author of Outlining Your Novel - Map Your Way To Success, offers a detailed approach to your outlining project. You can also find her at her blog, Wordplay: Helping Writers Become Authors, HERE.

Not only does she offer suggestions on how to begin your outline, she offers in depth questions on characterization and theme. Since I have been following her ideas, I've found the process long and involved, but worthwhile. That's because when you do character studies and development of the inciting event, you will create many pages of notes for your story ahead of the actual writing. Besides character sketches, she explores backstory, character interviews and setting.

Ms. Weiland offers two kinds of outlines of explore; the extended outline or the abbreviated outline. By choosing what works for you, you can draw your own road map to success. She walks you through each kind with examples from other authors.

If you are serious about learning how to make a working outline for your next book, this is an excellent tool to begin with. I bought my copy from Amazon for my Kindle reader and the only disadvantage to having it on ebook was I couldn't make notes in the margins. I found myself writing on any scrap of paper that was handy. I did finally put it all in a three ring binder so I could move pages of the outline around.

I'm excited about the outline I'm working on. I can see the story developing on paper as well as in my head. By the time I get to write this book, it will flow out of my creative side and I won't have to worry about the mechanics, since they will be mapped out in the outline.

Do you outline? What's your process for getting it down? Can you recommend any books?
Penned by Karen Elizabeth Brown at 4:52 PM 4 comments:

How Well Do You Know Your Main Character?

Most books start out defining the main character in bits and pieces, giving the reader just what he needs to know to see how he fits into the story. I had a fun time exploring my main character, Ari, as I was outlining my new book. I wrote a character survey on him, defining all factions of his life, including a history of his past. This left me aching to include all kinds of extraneous details as I began filling in my story.

How much is too much?

Sometimes I want to explain my characters so the reader will understand the whys behind the action. But recently I read a comment that stopped me dead in my tracks.

If you have to explain your character, you've killed him.

In other words, if the reader doesn't see, by your character's actions, why he's acting the way he is, then you haven't built a strong enough history on your character. You need to prepare for your character's sudden change in direction. If your character is going to save the bad guy from sure destruction, the reader needs to be savvy about it and not sitting there scratching his head, asking why?

I'm learning how to present a character in a story and how to build on the information given. Here is the beginning of my new story The Puzzle Box:


“Ari! You let the fire die again! How often do I have to tell you to keep this fire hot?”
Ari’s father threw a piece of wood on the fire and fanned the bellows to re-light the coals. After the coals were glowing, he jabbed an iron bar in the fire, waited until it became white hot and pulled it out. Then, with the hammer he held in his right hand, he pounded on the sizzling hot metal.
Ari watched his father with a dismal frown. He hated iron work. Even though his father was a master sword maker for the King, he’d rather be in the forest studying his magic tricks or gathering plants for the Hermit.

So what did this beginning tell us about Ari? He's unhappy at what he does and wishes to be doing something else. Of course, he gets his adventure when he finds the puzzle box and tries to open it. To me, writing is an adventure and I get to travel with all my characters to unexplored places. Learning about characterization is an adventure of its own and creating a character out of bits and pieces is a challenge I invite you to continue on with. Have a great adventure!